With job openings at record levels, historically few layoffs and millions of Americans quitting their jobs voluntarily, the balance of power in the U.S. labour market appears to be shifting. As the economy recovers from its COVID slump and employers are looking to staff up, more and more workers are holding out for better, safer, or higher-paying jobs. In September, job openings exceeded the number of unemployed Americans by the widest margin on record, signalling excess demand in the labour market.

The industry most heavily affected by pandemic-induced layoffs last year, the leisure and hospitality sector, is now at the center of the worker crunch. Almost 1 in 10 positions in the industry remained vacant at the end of September. Moreover, despite 1.27 million hires in the leisure and hospitality sector, 1.59 million classes remained unfilled at the end of the month, as almost 987,000 workers quit their jobs searching for a better position elsewhere.

Based on data from the latest Job Openings and Labor Turnover Survey, the following chart shows which industries had the highest job openings rate at the end of September. The job openings rate is the number of job openings divided by all jobs, filled or unfilled, in a given industry. Aside from the hospitality sector, employers in transportation and warehousing had the most trouble finding personnel, while the fewest positions remained unfilled in construction, financial services and the government. 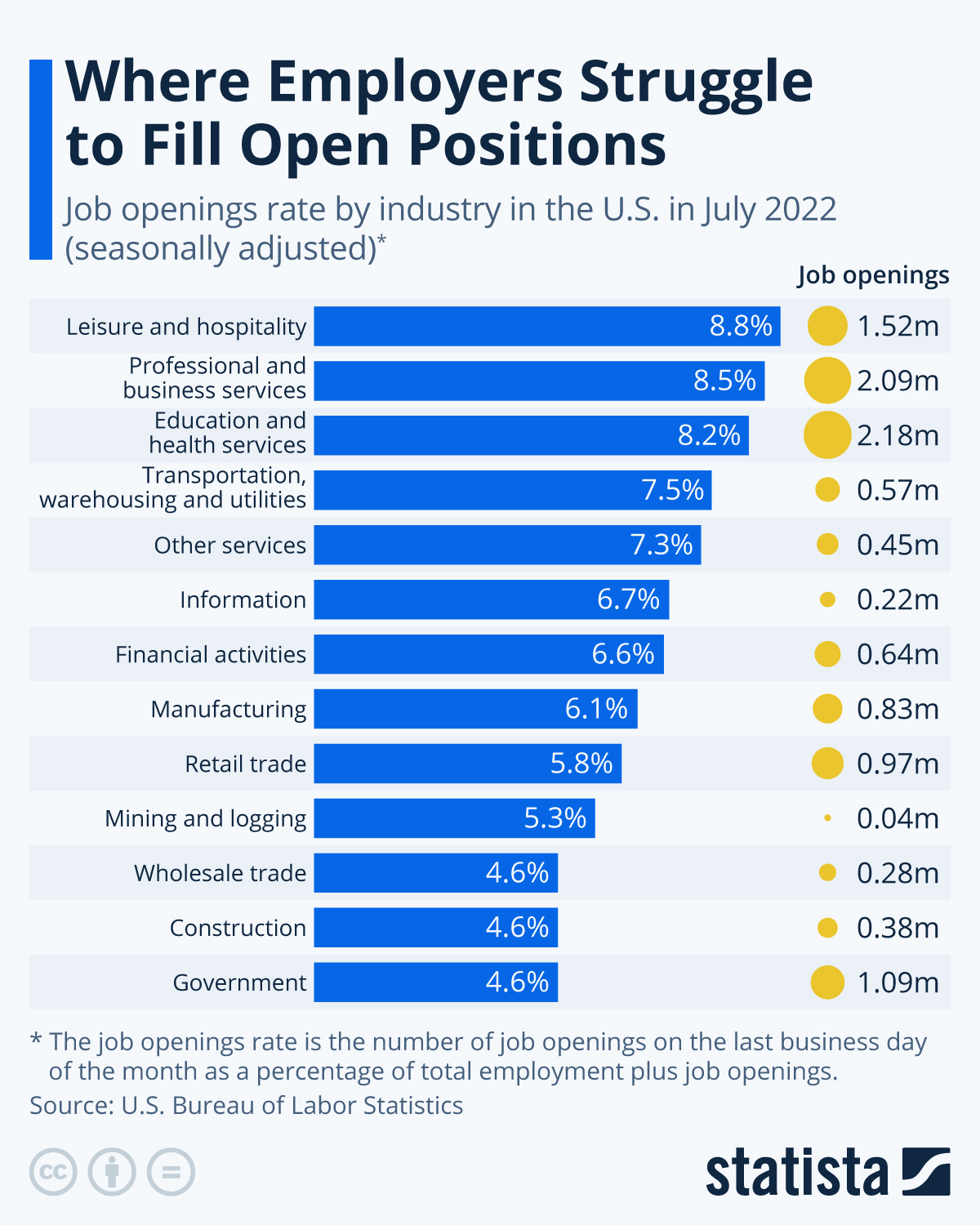 You will find more infographics at Statista.

The Poorest Countries In Africa 2021

The Reason Why Ethiopia Is Poor

The Most Connected Web Pages in the World

The Largest Ethnic Groups In Nigeria

Why You Should Visit Ethiopia

Freedom Of The Press In Ethiopia